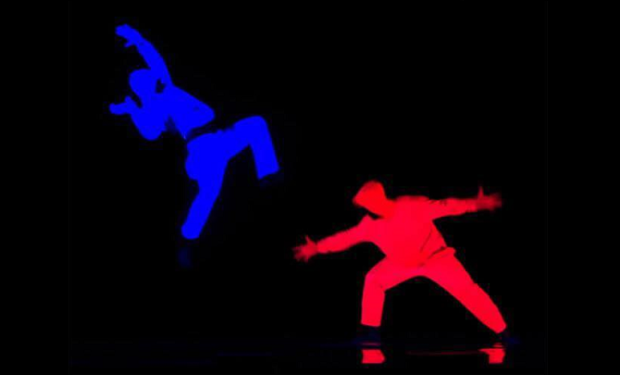 There are a number of blacklight dance groups competing on America’s Got Talent. What these troupes need to do in order to advance is not just dance but tell stories. And that’s exactly with that blacklight dance group UDI from Siberia does for their AGT audition on June 19. Art is open to interpretation, and we see the performance about mankind. Some Americans might see it as a politically inspired performance. There are two faceless people — one in red and one in blue — who fight each other. The red kills the blue. And then the blue experiences reincarnation. When blue gets back on his feet, he goes right back to fighting red. They run into each other and combust.

UDI competed on Britain’s Got Talent in 2015. Judge Alesha Dixon told them: “Visually, one of the best things I think I’ve EVER seen.” (Simon Cowell was a judge too.) UDI is not only talented but giving too. They run a dance school in Siberia for underprivileged kids. Back then, they said if they won Britain’s Got Talent, they would build a larger school. UDI made it to the finals but dog act Jules O’Dwyer & Matisse, won. America’s Got Talent airs Tuesdays at 8pm on NBC.