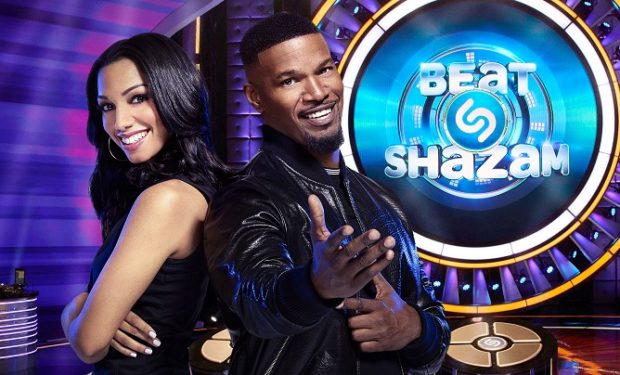 On Season 2 of the TV game show Beat Shazam, contestants try to identify songs to win money. But this time around the host, Oscar winner Jamie Foxx, has brought his gorgeous 24-year-old model/actress daughter Corinne Foxx with him as co-host. She’s replaced DJ October Gonzalez. Corinne made her acting debut on The Jamie Foxx Show when she was six, and made her New York Fashion Week debut in 2016, walking for Kanye West’s Yeezy line. You can see her next in Jamie Foxx’s directorial debut, All-Star Weekend.

It was revealed to the public relatively recently that Corinne Foxx’s mother is air force veteran Connie Kline who is now a tax accountant in Simi Valley, California. (Foxx is intensely private with details about his personal life.) Jamie Foxx is also the father of 9-year-old daughter Annalise. A natural comedian who appeared on the groundbreaking TV sketch comedy series In Living Color, the versatile Foxx won his Oscar for his dramatic portrayal of blind music icon Ray Charles in 2004’s Ray. Foxx also sang in the film. Beat Shazam airs Tuesdays at 8pm on FOX. Foxx is not only the host, but executive producer of the show.

Happy Veterans Day Mama ? Your strength, perseverance and endurance inspires me everyday. You have shown me that women can do anything and everything. I am who I am because of you. Thank you for your service. I promise to work towards a better, kinder, stronger America for you. ?#VeteransDay #Vets #AirForce

If I could even begin to explain how deep my love is for this woman. She is my absolute everything. I love you Mama. ❤