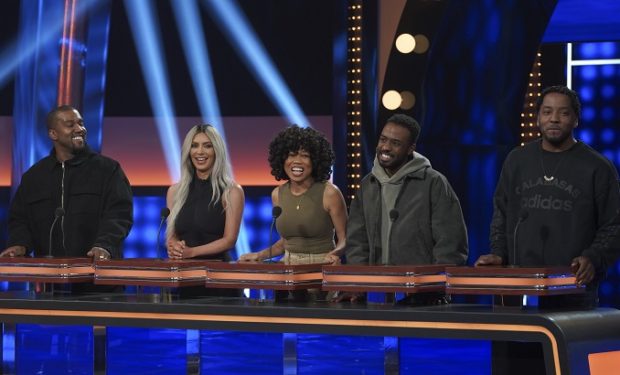 Celebrity Family Feud is kicking off its fourth season with a match featuring Kanye West against his mother-in-law Kris Jenner. Kanye’s wife Kim Kardashian joins her husband’s team, along with Kanye’s cousins Kim Wallace, Jalil Peraza and Ricky Anderson. Jalil Peraza is a designer. The 24-year-old Peraza is the founder of Face Modules, a company that designs and builds pop-up stores (approximately 8.5’ by 13.5’ by 15.5’ structures) for retailers — and now for everyday people.

[Yeezy Calabasas t-shirts are on sale at Amazon]

With West, Peraza’s company Face Modules is building low-income homes under the Yeezy Home brand. Peraza recently released photos (see below) of their first affordable housing complex made of prefabricated concrete and extended polystyrene components. A typical Face Module structure sells for $19,000. Solar panels cost an extra $2400. Other designers who have their names on the project are Petra Kustrin and Nejc Skufca. Celebrity Family Feud airs Sundays at 8pm on ABC.