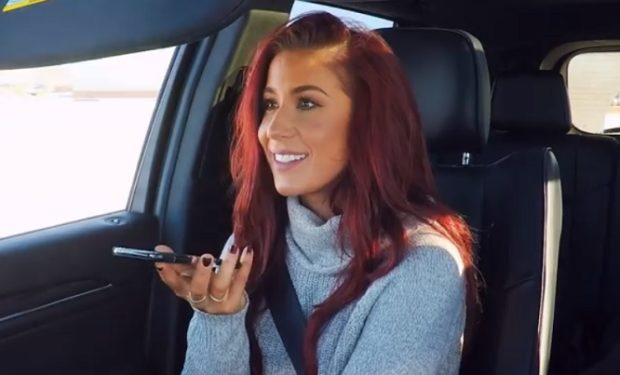 On the Teen Mom 2 episode “Unicorn Poop,” while Leah Messer talks to her sister Victoria about her ex-husband Jeremy Calvert wanting to talk, Chelsea (nee Houska) DeBoer calls her father Randy with good news. She tells him that after a day in court, “They agreed to her (daughter Aubree’s) name change, and to have visitations at the visitation center as long as his parents get her once a month — visits that he can’t be present for. Her father Randy says, “That’s a good setup, don’t you think?” Chelsea asked to have her daughter Aubree’s name changed from Lind to Lind-DeBoer. (Lind is the last name of Aubree’s father Adam.)

[Stream all the drama now]

On the phone with her father, Chelsea says she’s so happy. For the first time, she and her daughter have the same last name. Randy asks if anyone had to say anything in court. Chelsea says “No, but his (Adam’s) mom was really mean. She tried to confront me before court. And I told her I was uncomfortable talking before, and she told me to grow up.” Teen Mom 2 airs Mondays at 9pm on MTV.