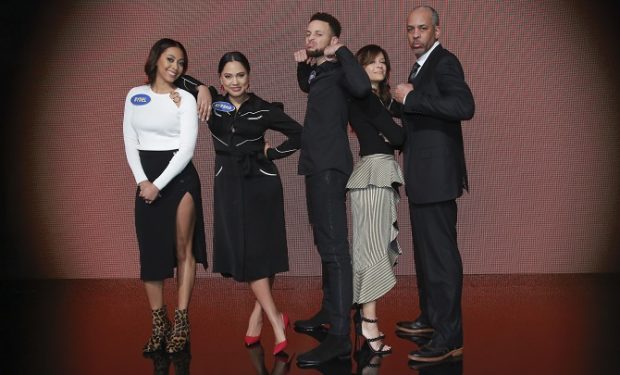 On Celebrity Family Feud, NBA Champion Steph Curry (Golden State Warriors) brings his handsome family on the show to play against NBA All-Star Chris Paul (Houston Rockets) and his family. Although reality star Kris Jenner (Keeping Up with the Kardashians) recently broke the Family Feud rule of bringing just four family members to compete on the show (she brought 5!), Steph Curry sticks by the rules. He brings his wife Ayesha, his sister Sydel and his parents Sonya and Dell Curry. The only one missing is Steph’s brother Seth Curry, who also plays in the NBA. 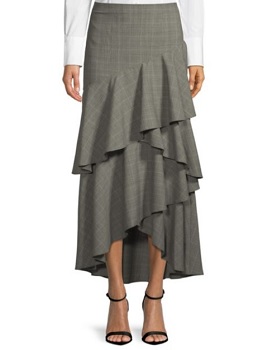 Sonya Curry wears a skirt similar to this one by Alice + Olivia, $194

Seth Curry is Steph’s little brother. The 27-year-old professional basketball player is currently with the Dallas Mavericks. He played college basketball at Liberty University and Duke University before playing in the NBA’s D-League. 6’2″ Seth Curry signed with the Mavericks in July 2016 but in February 2018, the shooting guard/point guard was ruled out for the entire season after needing surgery on his left tibia. He’ll be missing on Celebrity Family Feud, which airs Sundays at 8pm on ABC.

Like they say, minor setback for a major comeback! Let’s begin with this. Big thank you to the future of Fantasy Sports @humbylcoin for this amazing partnership. Pls do me a favor and follow their IG to learn more about Humbyl. Can’t wait to play against everyone on HUMBYL’s app. Appreciate everyone’s support all the way. #crypto #blockchain #future