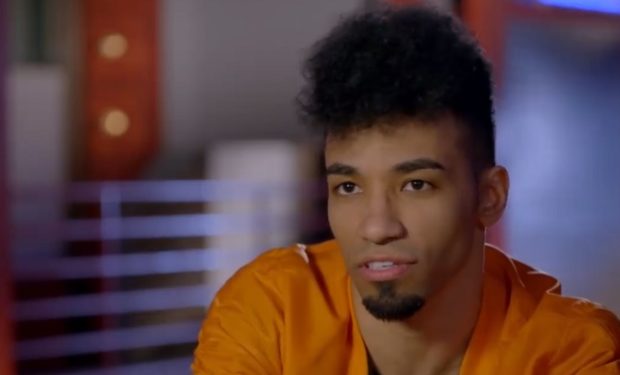 Gabriel Alvarez on So You Think You Can Dance (FOX)

On Season 15 of So You Think You Can Dance, judges Mary Murphy Nigel Lythgoe, Vanessa Hudgens and tWitch travel to New York to find even more exceptional talent. And they sure do find it. During the third night of auditions, they meet Gabriel Alvarez. The 28-year-old was born and raised by his mother Cecilia Alvarez in Santo Domingo, Dominican Republic. Alone, he moved to America at the age of 20. Once he made a career out of his dancing he was able to gain U.S. citizenship and finally, as he says, bring his mom over to the States just last year. It wasn’t easy. Gabriel says she was denied a visa to the U.S. three times.

For his So You Think You Can Dance audition Gabriel presents a Cyr Wheel performance to the song “Powerful” by major Lazer featuring Ellie Goulding and Tarrus Riley, and Gabriel’s dance is stunning. But don’t pigeonhole Gabriel as a Cyr Wheel dancer. He can do everything from ballet to break dance. Check out his dance reel below. So You Think You Can Dance airs Mondays at 8pm on FOX.