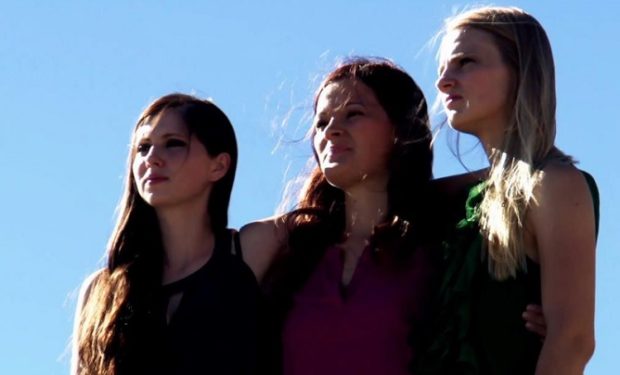 The reality TV show Escaping Polygamy is back for its fourth season. The stars of the show are sisters — Jessica (née Kingston) Christensen and Andrea (née Kingston) Brewer — and their half-sister Shanell. They are all daughters of John Daniel Kingston, a member of The Order aka the Kingston Clan, a group formed after The Church of Jesus Christ of Latter-day Saints (LDS Church) abandoned plural marriage. The three young women, all in their 20s, have escaped, and now they’re helping others to escape, including their sister Jennifer.

But they don’t stop at helping family. Andrea Brewer is now a lawyer in Seattle at a law firm that specializes in family law, and Jessica Christensen, married and mother of three daughters, is politically active. She most recently was in New Jersey advocating for the State Assembly to pass the #A865 bill to end child marriage. (Yes, child marriage has been legal in the Garden State — but not as of June 7, 2018!) While pushing for #A865, Jessica says she was “shocked to learn that anti-abortion campaigns are against making child marriage illegal. Jessica says in the video below, “The most silliest argument I’ve heard is that if this bill passes there will be more abortions. Really? Because they want these girls who were raped to marry their rapists so that they don’t abort the baby.”

I was so shocked to learn that anti-abortion campaigns are against making #childmarriage illegal ? WHAT #mindblown with the argument that #childmarriage keeps #teenabortion rates down #seriously ?? … I think I’m still picking my jaw up hours later after hearing this!!
??? pic.twitter.com/7s8lIoPDBI