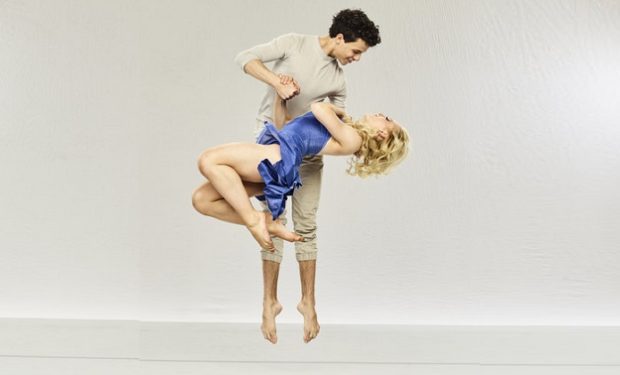 On the second round of The Qualifiers on Season 2 of World of Dance, judges Jennifer Lopez, Derek Hough and Ne-Yo get to watch the junior contemporary duo Charity and Andres perform. The acrobatic and angelic young dancers — 18-year-olds Charity Anderson and Andres Peñate, from Springville, Utah — dance to James Arthur’s ballad “Say You Won’t Let Go.” Charity and Andres receive a well-earned standing ovation from all three judges.

Charity and Andres have been dancing together since they were eight years old and started training together for the televised competition World of Dance in June 2017. They started taping the show in January and both managed to find time to go to their high school proms! Although you’d think they were a couple off the dance floor, based on the emotion and joy they share on the dance floor, they went to their proms with other people. See cute photos below. World of Dance airs Tuesdays at 10pm on NBC, right after America’s Got Talent.

I almost did not go to a single prom my entire high school existence If it wasn’t for this genuine gentleman right here. Thanks @royce_crusader for making my senior year! ?

Imagine dancing at your prom with Andres!