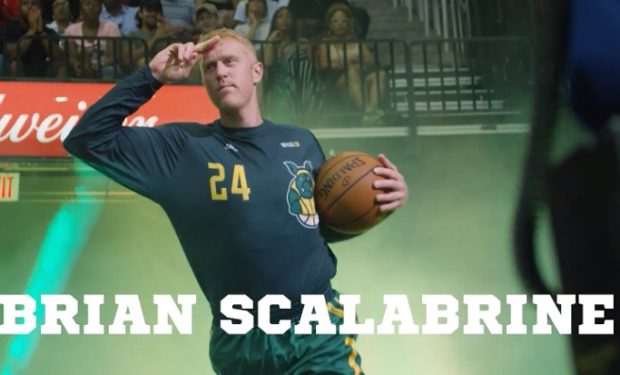 BIG3 Basketball is the 3-on-3 basketball league featuring former NBA players on eight different teams. It was launched in 2017 by rapper/actor Ice Cube and Hollywood exec Jeff Kwatinetz. The commissioner of the BIG3 league is Clyde Drexler, one of the greatest players in NBA history. Week 2 of the 2018 BIG3 Basketball season sees the Ball Hogs vs. Tri-State at the United Center in Chicago. Tri-State is led by coach Julius Erving and co-captains Nate Robinson and Amar’e Stoudemire. The Ball Hogs are led by coach Rick Barry and co-captains Brian Scalabrine and Deshawn Stevenson.

Brian Scalabrine is the 6’9” power forward from USC who was selected by the New Jersey Nets in the 2001 NBA Draft. He also played with the Boston Celtics (2005-2010; including the 2008 Championship!), Chicago Bulls (2010-2012), and played ball in Italy with the Benetton Treviso in 2011 before becoming assistant coach with the Golden State Warriors (2013-2014). Scalabrine will be a fan favorite at the BIG3 game in Chicago. When with the Bulls, fans called him “The White Mamba” a play on Kobe Bryant’s nickname “The Black Mamba.” Scalabrine is now an analyst for Boston Celtics games and is the co-host of The Starting Lineup on SiriusXM NBA Radio. BIG3 Basketball airs live on Fridays at 8pm on FOX.