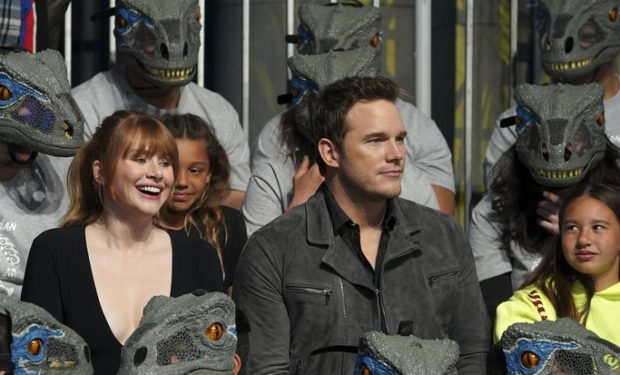 For the Season 10 Los Angeles City Qualifiers on American Ninja Warrior, competitors including Adam Rayl and Tiana Webberley will run the obstacle course with aplomb. But it’s not just the course that’s intimidating. Dinosaurs from the new movie Jurassic World: Fallen Kingdom will invade the course too. The stars of the film Chris Pratt and Bryce Dallas Howard will be at the course, too.

[Bryce played Clare in the 2015 film Jurassic World too]