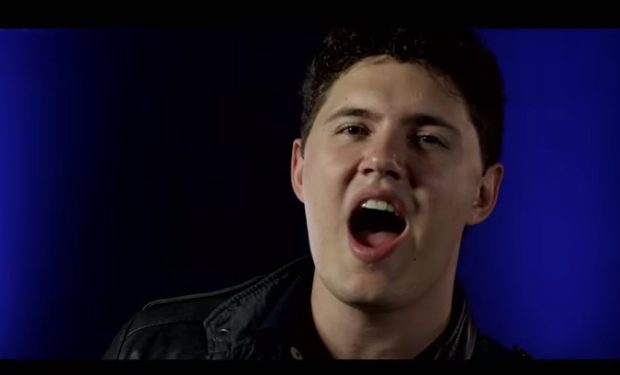 On the fourth round of auditions for Season 13 of America’s Got Talent, judges Simon Cowell, Mel B, Heidi Klum and Howie Mandel will be blown away by singer Daniel Emmet. The rising star is originally from Rochester, New York but he moved to Las Vegas with his family when he was 16 years old. Daniel’s first gig singing solo was at the Nevada Childhood Cancer Foundation’s annual gala. “And I haven’t looked back,” says Emmet.

Emmet’s mentor and musical director is Jerry Williams who is also the music director of the popular Donny & Marie Show at the Flamingo on the Vegas strip. Williams refers to Emmet as “a classical nerd” but one who can do anything from Adele to Bruno Mars. “He’s the real deal,” says Williams. Emmet loves to do “classical crossover” which is music like Josh Groban and Andrea Bocelli and Celine Dion — but with surprises. Keep in mind, Emmet performs in seven different languages including English, Spanish, Russian, German, French, Italian and Latin. America’s Got Talent airs Tuesdays at 8pm on NBC.