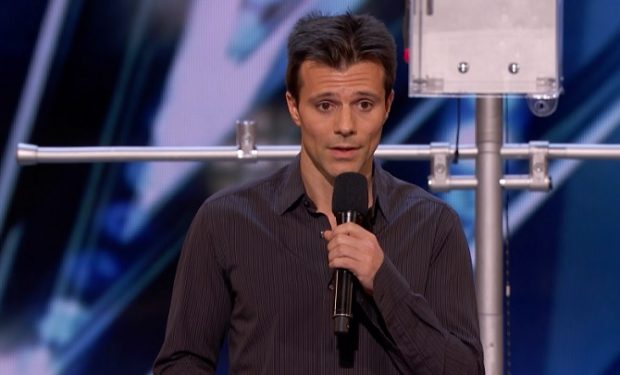 On the third round of Season 13 America’s Got Talent auditions, judges Simon Cowell, Heidi Klum, Mel B, and Howie Mandel will watch escape artist Lord Nil (aka Lord Nobody). The Italian-born illusionist has traveled the world and competed against fellow AGT escape artist Aaron Crow on the TV show La Grande Magia – The Illusionist” in 2013. Another fun fact: Lord Nil has published six novels including the “The Magic of the War” (see link below), “The Immortality of Magic” and “Interpretation of The Changeable Magic.” 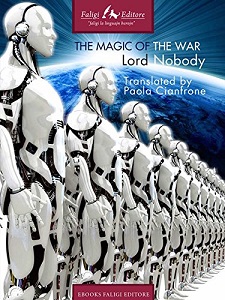 One of Lord Nobody’s novels, The Magic of the War

For his AGT audition, Lord Nil brings his fiancee Maya with him as his assistant. She helps bind his wrists to a post and locks his head in a clear box which is under another clear box full of venomous scorpions. He has 90 seconds to escape before the box of scorpions (which is inching down closer to his head every second) drops on his head. Before the performance, Lord Nil warns everyone that it’s dangerous and he isn’t kidding. He speaks from experience. In November 2015, Lord Nil fell during an escape while hanging upside down in a straightjacket. Luckily he wasn’t at the highest height (5 feet) but 3 feet from the ground. He wrote “I lost my grip and fell into the void.” Remarkably he didn’t hit his head but landed on his hands and hip and broke his wrist. While it took months for his hand to recover, and those months felt like eternity, Lord Nil recognizes that he was lucky. America’s Got Talent airs Mondays at 8pm on NBC.