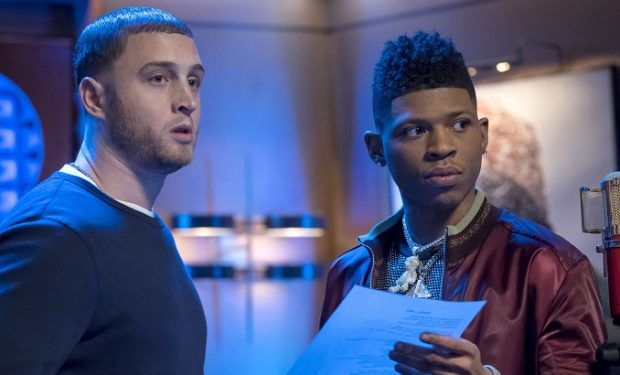 In the Empire episode “A Lean and Hungry Look,” while Eddie (Forest Whitaker) gets the board of Empire Entertainment on his side, Lucious and Shine struggle to find a way to keep Eddie out. Meanwhile, Cookie (Taraji P. Henson) shows up at her mother’s (Alfre Woodard) house while her son Hakeem (Bryshere Gray) works in the studio with artist Blake.

[Check out Hanks on Shameless]

Hakeem’s artist Blake is portrayed by Chester “Chet” Marlon Hanks. The 27-year-old son of actors Tom Hanks and Rita Wilson, Chet Hanks is known for his roles on Shameless (Charlie), Curb Your Enthusiasm (Victor, see photo with Larry David below), Maron (Trey), and in the films Fantastic Four (Jimmy Grimm), and Bratz (Dexter), among others. Empire airs Wednesdays at 8pm on FOX, right before Star.