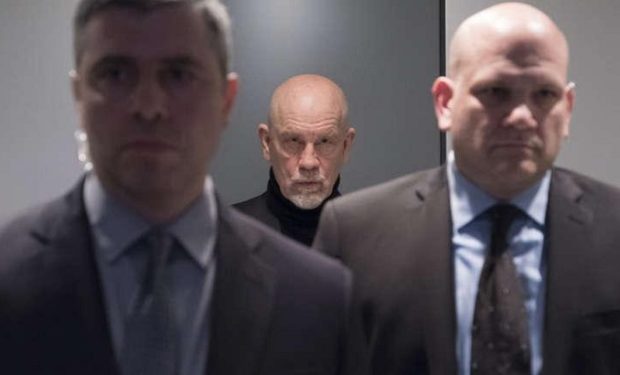 In the Billions Season 3 episode “Icebreaker,” Axe (Damian Lewis) sets out and secures capital from a controversial source – Russian billionaire Grigor Andolov. When Taylor (Asia Date Dillon) asks Axe, “You don’t think taking his money is at least worth a discussion?” He replies, “There was a discussion.” (Fun fact: the Russian name Grigor means “on the watch.”)

Grigor Andolov on the Billions is portrayed by two-time Oscar nominee John Malkovich.

[John Malkovich – 14 Movies You Forgot He Was In]

Actor John Malkovich is known for his roles in the films In the Line of Fire with Clint Eastwood (Mitch Leary), Places in the Heart with Sally Field, Dangerous Liaisons (Vicomte de Valmont), Con Air (The Virus), Of Mice and Men (Lennie), The Killing Fields (Al Rockoff), and famously for the sui generis film Being John Malkovich, among many others. Billions airs Sundays at 9pm on Showtime.