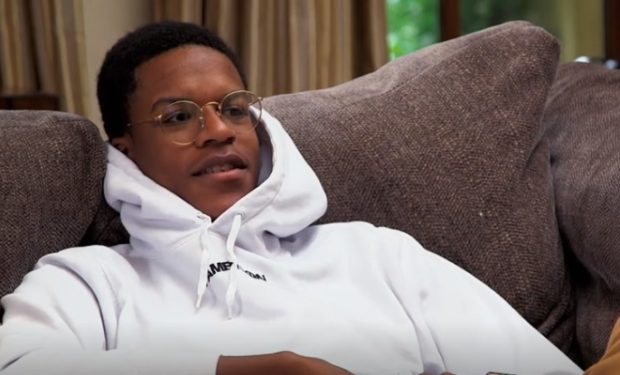 Basketball Wives star and producer Shaunie O’Neal and her five children are back on VH1 for another season of Shaunie’s Home Court. On the show, Shaunie (ex-wife of 7- foot NBA legend Shaquille O’Neal) talks to her youngest son, Shaqir, who’s a 15-year-old heading into high school. She thinks it’s time for Shaqir to learn how to manage his own money so she gives him a $1000 budget to buy his own back-to-school clothes.

Shaunie also has a talk with her eldest son, 18-year-old Shareef, who is a startling 6’9″ tall. The high school senior tells his mother he needs to call a driver to get him to basketball practice since his mother won’t drive him. Shareef has his driver’s permit but doesn’t want to go to the DMV to get his license because he doesn’t want to be hassled by strangers there.

He complains that he always gets asked how tall he is, and if he father played ball, and “blah blah blah.” When Shaunie reminds Shareef that his father said he can have any car he wants, Shareef talks about getting a sports car with a chip pipe with “noise that will disturb the peace.” Shaunie’s Home Court airs Mondays at 10pm on VH1 after Basketball Wives.