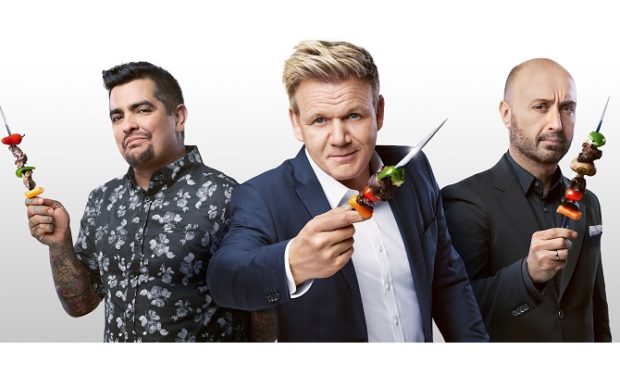 Get ready for an unusual new season of MasterChef. This time around — on Season 9 — the three judges Gordon Ramsay, Aaron Sanchez, and Joe Bastianich — will each pick 8 home cooks to advance. And they will mentor their chosen eight, so the judges will be competing against each other too. The home cooks come from all over the world and with such diverse backgrounds and careers. There is American Idol finalist country singer Jessica Meuse, bikini model Nik Stewart, and hunting guide Jody Rhodes from Four Oaks, North Carolina.

Jody runs an operation called Carolina Razorbacks Outfitters which provides “an exclusive fair chase depredation hunt on private property chasing World Class Feral Hogs” to qualified clients and specializes in swamp hunting and with high success rates. CRO charges $125/per person for a half day/night. He rents rifles: $100/per hunter, and cabins are available year round ($200-$750). See Jody in action below. MasterChef airs Wednesdays at 8pm on FOX.