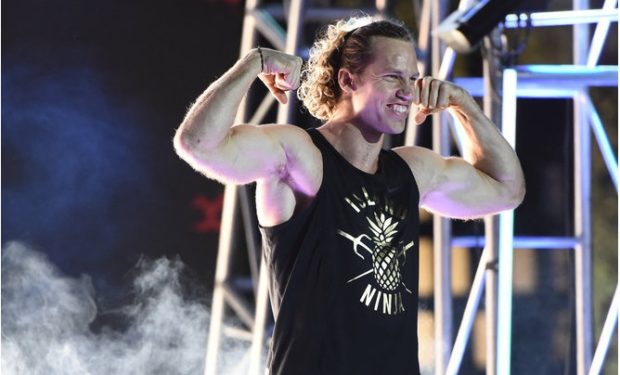 American Ninja Warrior returns to NBC on Thursday, May 17. In the two-hour special “All-Stars Specials” features “the fastest, strongest and most impressive athletes from the show” chosen by ANW hosts Matt Iseman, Akbar Gbajabiamila and Kristine Leahy. They will compete head-to-head on the National Finals course which includes five “supersized” obstacles including the high-flying Wicked Wingnuts from last season.

[Grant’s “Island Ninja” t-shirt is on sale at Amazon]

All-Stars competitors include Allyssa Beird, Jessie Graff, Jesse Labreck, Cowboy Ninja Lance Pekus, Flip Rodriguez and Grant McCartney aka Island Ninja who dominates. Or as Iseman yells, “The big man’s moving!” When he completes the obstacle like it’s a walk in the park, Iseman keeps yelling, “The big man dominates!”