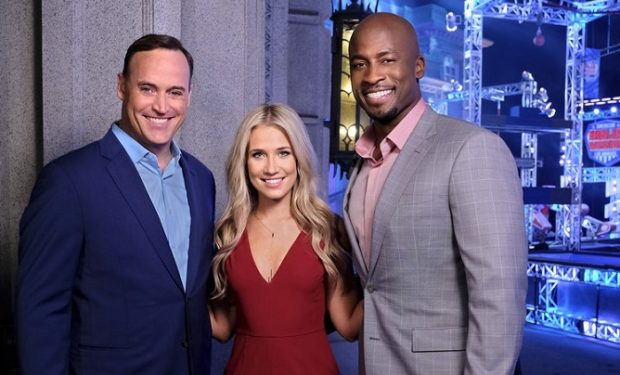 Did Akbar Gbajabiamila on American Ninja Warrior play pro ball? You bet he did. The strong, wise and sculpted Akbar doesn’t just look the part, he’s the real deal. Akbar was a defensive end and linebacker in the NFL for five years, playing for the Miami Dolphins, Oakland Raiders and San Diego Chargers. (He was a hometown favorite there, having graduated from San Diego State University.)

It’ll come as no surprise to fans that Akbar majored in communications in college. The silver-tongued and quick-witted Akbar trades unsurpassed repartee with his American Ninja Warrior broadcast partner Matt Iseman, who gave up being a medical doctor for show biz. The two exhibit the same lightning speed and high energy during the broadcasts that the ANW athletes show on the course. He also co-hosts NFL Fantasy Live on the NFL Network.