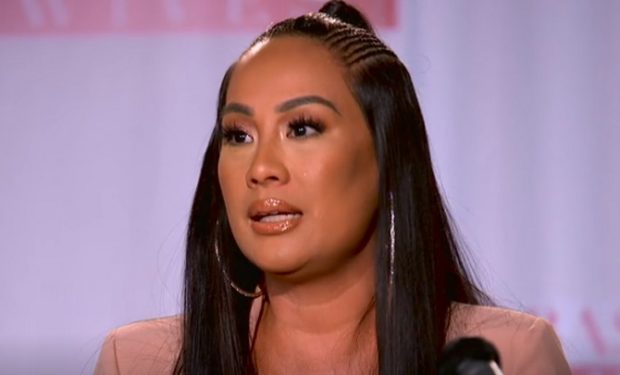 Basketball Wives is back for Season 7. VH1 promises to reveal “friendships that once seemed rock solid will be shaken to the core.” The Basketball Wives OGs Shaunie O’Neill, Tami Roman, Evelyn Lozada and Jackie Christie will be back with a vengeance (the latter two in particular will lock heads). But there are some new faces too, including CeCe Gutierrez. The L.A. native and registered nurse is in a serious relationship with Byron Scott, who is the cousin of Basketball Wives star Malaysia Pargo. But that’s not Scott’s reason for being famous!

Byron Scott, 57, was most recently head coach of the Los Angeles Lakers until 2016. Prior to that he was head coach for the Cleveland Cavaliers, New Orleans Hornets, and New Jersey Nets. Scott was a player in the NBA for 14 years. After playing college ball at Arizona State, he was the fourth pick of the 1983 NBA draft (he was selected by the San Diego Clippers and then traded to the Lakers). Scott also played for the Indiana Pacers and Vancouver Grizzlies. With the Lakers, Scott was on three NBA championship teams with NBA royalty Magic Johnson and Kareem Abdul-Jabbar. He was married but in 2014, Scott and his wife Anita divorced after 29 years of marriage (they have three children). Basketball Wives airs Mondays at 9pm on VH1.

Waaaaaay back in the day at a club once called “Chocolate Bar” for @shaq birthday party with @snoopdogg 23 years ago! My eyebrows tho! ? #wbw