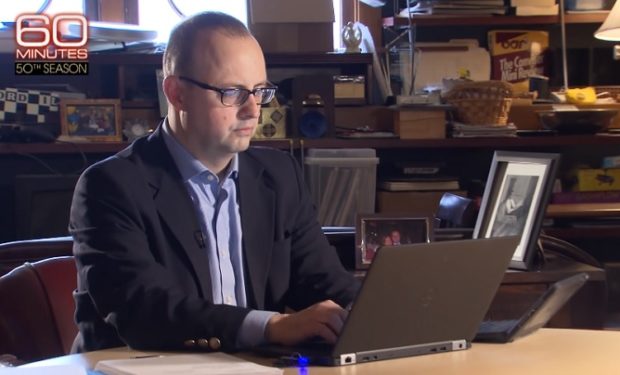 On 60 Minutes, Lesley Stahl interviews Larry Morrissey, the former Mayor of Rockford, Illinois about why prescriptions cost so much. “Because the fix is in, that’s why,” Morrissey says, “that’s the short answer.” The cost of one drug, Acthar (officially H.P. Acthar® Gel), threatened to cripple his entire city budget, Morrissey says. Acthar Gel is commonly used to treat infantile spasms that occur in infants and children under 2 years of age. Acthar Gel is injected beneath the skin or into the muscle. In Rockford, there were two babies who needed the drug. In 2011, Acthar Gel sold for about $40 a vial. Today it’s more than $40,000 a vial. You read that right. (That’s up 100,000 percent.) The City of Rockford was paying about $500,000 for two babies — the city provides health care for more than 3,000 people including 1,000 employees and their families.

In 2017, Rockford sued the owner of Acthar Gel, Mallinckrodt Pharmaceuticals, over the price of the drug. The class action complaint claims: “By establishing and maintaining a monopoly, exercising monopoly power, and engaging in other unlawful acts and practices, the Defendants [Mallinckrodt] were able to extract exorbitant revenue from consumers that had nowhere else to turn for treatment.” Rockford is asking a federal judge to force Mallinckrodt Pharmaceuticals to set a fair price, and to be awarded $5 million “to recover inflated payments, interest, damages and punitive damages.”

Two days before the airing of the 60 Minutes episode, Mallinckrodt Pharmaceuticals posted a “Setting the Record Straight” video on its corporate website (see it here). Mark C. Trudeau*, president and CEO of Mallinckrodt Pharmaceuticals since June 2013, is featured on the 8-minute video to address “one of our most important therapies,” H.P. Acthar Gel. The video also features, Hugh O’Neill, EVP and President, Autoimmune and Rare Diseases at Mallinckrodt. O’Neill says: “When we acquired the drug (Acthar) we knew that both of its previous owners had under-invested in Acthar.” Since taking ownership of the product, the company “has invested hundreds of millions of dollars into Acthar to take the product to the next level and to ensure increased patient access.” To date, Mallinckrodt reports it has invested $400 million in Acthar, much of it going to clinical studies which primarily assess the efficacy and safety of Acthar in patients (there are nearly 11,000 Acthar patients). O’Neill says in the video, “The current debate surrounding the cost of drugs must be expanded to include the overall cost of care.” 60 Minutes airs Sundays at 7pm on CBS.