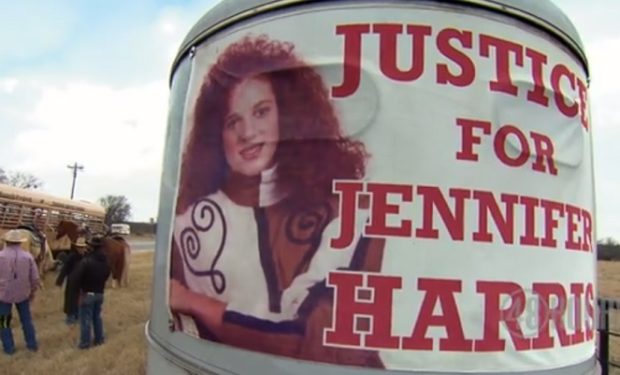 The 48 Hours episode “Murder on Red River” investigates the 2002 murder of Jennifer Harris in Fannin County, Texas. The pregnant 28-year-old went missing for six days until a fisherman found her naked body in the Red River. The medical examiner revealed that her uterus had been removed and listed the cause of her death as “homicidal violence.” Harris was the owner of a Massage and Wellness Center in Frisco, Texas. She was living with her grandmother at the time of her death.

For years, police identified two key suspects: Jennifer Harris’ ex-husband Rob Holman and her ex-business partner James Hamilton. The latter took a polygraph test, passed “with flying colors” and has been ruled out as a suspect. There is no evidence or DNA to help law enforcement to solve the case. The Harris family and the Sheriff’s Office in Fannin County are offering a $50,000 reward for information. With the help of Jennifer Harris’ sister Alyssa Wernick and brother-in-law, filmmaker Barry Wernick, the family is trying to raise the reward to $250,000. Anyone can donate online via Red Rabbit Justice. 48 Hours airs Saturdays at 10pm on CBS.