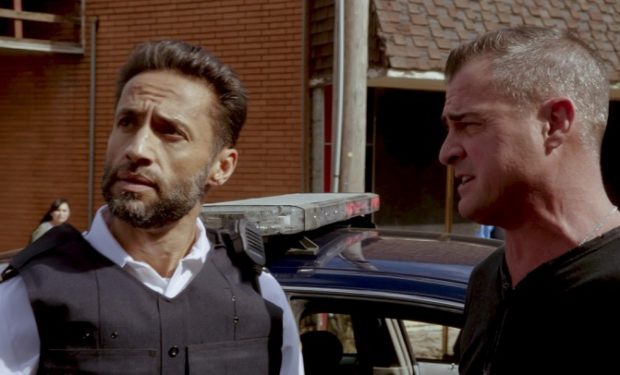 In the MacGyver episode “Wine + Water,” MacGyver (Lucas Till) travels to Puerto Rico to help his friend rebuild his home which was damaged after a hurricane. But while in Puerto Rico, Mac is taken hostage by robbers in the bank Booth manages. Jack (George Eads) is outside the bank working with police Captain Delarosa to resolve the situation.

[Check out Kamar on Sleepy Hollow]

Puerto Rican Police Captain Delarosa is portrayed by Kamar De Los Reyes. The Puerto Rican-born actor is known for his roles on Sleepy Hollow (Jobe), Blue Bloods (Santana), One Life to Live (Antonio Vega), ER (Hernandez) and Valley of the Dolls (Ray Ariaz), among others. Kamar was named one of People’s 50 Most Beautiful People in the World in 1997. MacGyver airs Fridays at 8pm on CBS, right before Hawaii Five-0. [Binge watch MacGyver and Hawaii Five-0 whenever you want via CBS All-Access]