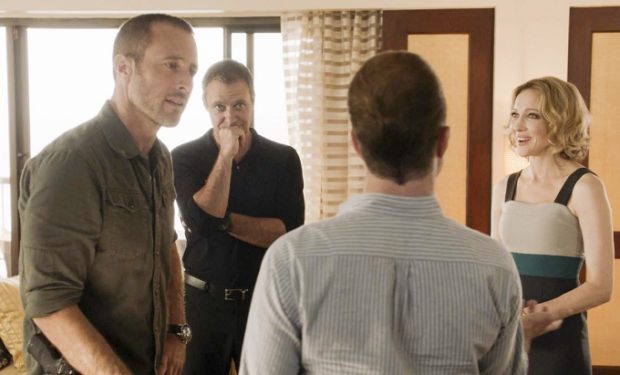 In the Hawaii Five-0 episode “Ahuwale ka nane huna (The Answer to the Riddle is Seen),” MI-6 agent Harry Langford (guest star Chris Vance) returns. He convinces McGarrett (Alex O’Loughlin) and Danny (Scott Caan) to help him track down Lady Sophie (Alana Boden, I Am Elizabeth Smart). The teenage British royal has run away while under Harry’s protection.

[Check out Beahan on Mistresses]