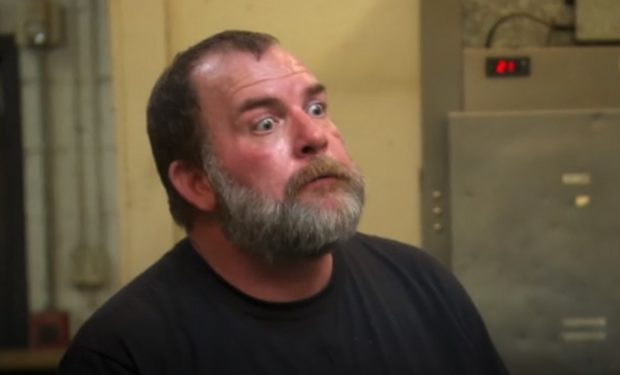 In the Bar Rescue Season 6 episode “Mississippi Rears,” Jon Taffer travels to Horn Lake, Mississippi* to check out Joe’s Thirsty Lizard Bar & Grill and meet the owner, Joe Scott. Joe is a Navy veteran who bought the dive bar in 2015. He got the first year rent free but he had trouble getting a liquor license the first year. Joe poured $80,000 into the business and it wasn’t turning a profit. He turned to his dishwasher Mike to manage the place. Mike has zero bar experience. The bad hiring didn’t stop there. Joe hired a man who goes by the name Dirty Red as the cook who in one sneak video (see below) is seen butt naked in the kitchen. Joe admits he’s losing $4000 to $6000 a month.

Taffer loses it during his recon works. While sitting in his car, he watches Dirty Red handling raw chicken in the kitchen. “There’s raw chicken all over everything,” says a disgusted Taffer. When Taffer busts into the bar to stop them from serving the food, Taffer tells Joe, “This might be the worst bar I’ve ever seen in my life.” That said, Taffer stays on to renovate the place and rebrand it as The Iron Horse. Bar Rescue airs Sundays at 10pm on Paramount Network.

* Joe’s Thirsty Lizard Bar & Grill is located in the town of Horn Lake, also home of the “Elvis Ranch” — a 154-acre ranch once owned by Elvis Presley. Presley bought it in 1967, three months before marrying Priscilla. The McLemore family bought the property in 1979 and turned it into a cattle ranch. The “Elvis Ranch” was put on the market in 2009 for $6.5 million.