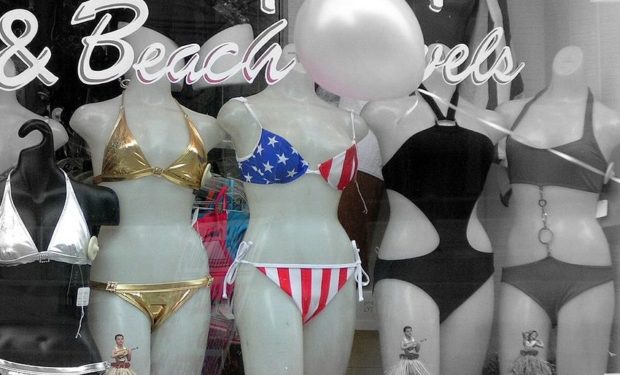 The bikini was invented by a French automobile engineer named Louis Réard. Réard named the two-piece swimsuit after the Bikini Atoll — where nuclear bomb testing was going on.

[16 more below!] Réard was on to something, no doubt: the bikini was explosive — both in sales and in impact on the culture. Bikini fashion didn’t blow up overnight — but the bikini took over the same way famous author Ernest Hemingway said people go broke: gradually and then suddenly.

Now since you don’t want to go broke either way, gradually or suddenly, we present 16 more bikini styles all available for under $150. Happy summer.