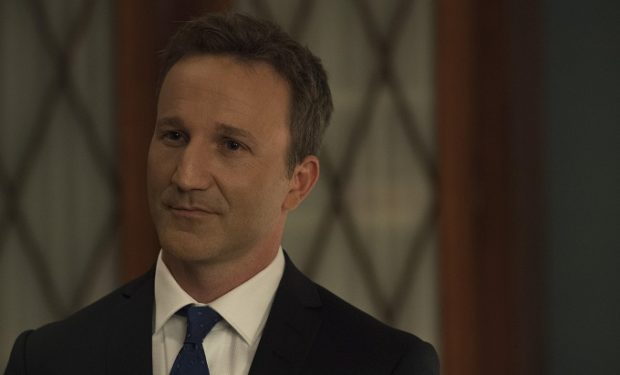 In the Designated Survivor episode “Original Sin,” a video of the president (Kiefer Sutherland) visiting a prison leaks to the media. While his team works to minimize the fallout, a surprise White House demonstration has deeper ties to the president than anyone first realizes. In walks Tom’s younger brother, the carefree and cute financial whiz Trey Kirkman.

[Check out Meyer as Travis Birkenstock in Clueless]

Trey Kirkman is portrayed by Breckin Meyer. The 4x Emmy nominee (as a voice actor, Robot Chicken) is known for his on-camera roles in a variety of the films including Herbie Fully Loaded (Ray Peyton Jr.), Kate & Leopold (Charlie McKay), Road Trip (Josh), and Clueless (Travis), among others. Designated Survivor airs Wednesdays at 10pm on ABC, right after American Housewife.

Got the band back together for NY comic con. #ThreeJackalopes #robotchickenwalkingdead