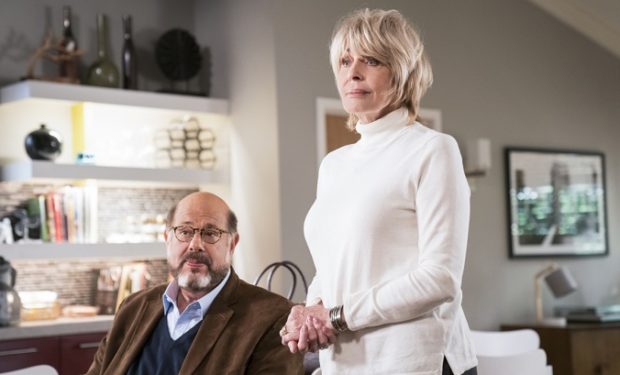 Joanna Cassidy is known for her current role as Candace on Bravo’s Odd Mom Out (Candace), and for previous roles on Six Feet Under (Margaret Chenowith see photos below), and Buffalo Bill (Jo Jo White), among others. Fun facts: Cassidy played Dolores in Who Framed Roger Rabbit (see below with the late Bob Hopkins), and she made her acting debut in the 1968 film Bullitt (as a party guest) starring the late great Steve McQueen. Life in Pieces airs Thursdays at 9:30pm on CBS, right after Mom, and right before S.W.A.T.

How big of a @JoannaVCassidy fan are you? Can you name these two films from just a single image? pic.twitter.com/Wmln8PNMae