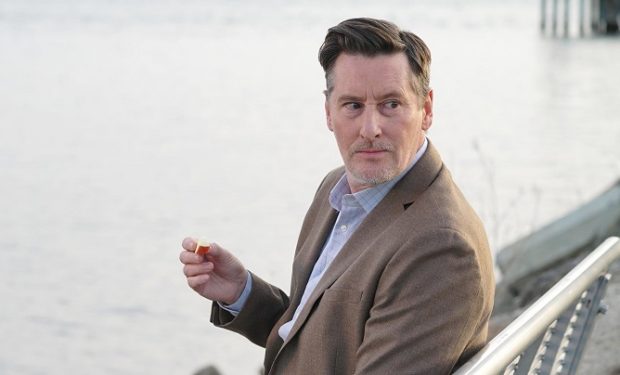 In the Marvel’s Agents of S.H.I.E.L.D. episode “Principia,” the team goes in search of Gravitonium in order to help save the world. The search leads them to an armed and dangerous Tony Caine aka Candyman (Jake Busey). Turns out Candyman and Agent Alphonso “Mack” MacKenzie (Henry Simmons) go way back. They’re happy to see each other but there’s serious business to attend to. Mack tells Caine he can help stop the world from shattering into pieces. Caine says he’s on board. He goes with Mack to talk to a man named Getty. On the waterfront, during his lunch break, Getty is approached by Mack and Caine.

Getty is portrayed by Mark Fite, a member of the Los Angeles comedy troupe 2 Headed Dog. As an actor he recently played Congressman Adam Kelly on Scandal, and he’s well known for providing the voices of many fish on SpongeBob SquarePants the TV show and movies. Marvel’s Agents of S.H.I.E.L.D. airs Fridays at 9pm on ABC, right after Once Upon a Time.