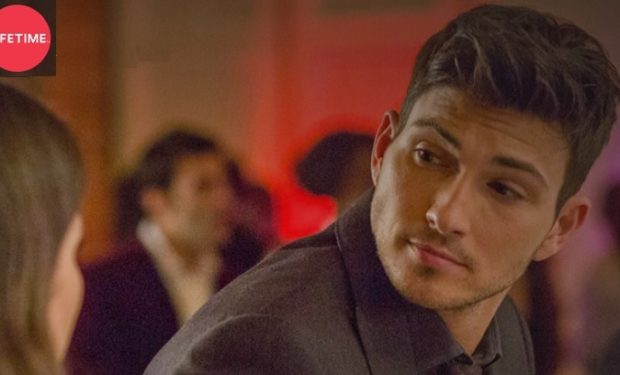 In Stalked by a Reality Star, teenager Kendra (Emily Bader) wants to go to a Hollywood party so she lies about her age to get in. It works. At the party she meets the gorgeous reality TV star Brad. When he turns on the charm, of course Kendra is flattered and falls for him. But then Brad gets creepy and Kendra says she wants nothing to do with him. But Brad’s not done with Kendra. He starts dating her widowed mother Linn (Cynthia Preston) just to be near Kendra.

Brad is portrayed by Robert Scott Wilson. He’s known for his roles on Days of Our Lives (serial killer Ben Weston aka the “Necktie Killer” and “Batty Ben”, see photos below) and All My Children (young CEO Pete Cortlandt), among others. Fun fact: Wilson made his acting debut in the 2009 film Bride Wars with Kate Hudson and Anne Hathaway as Rob. Stalked by a Reality Star premieres on Lifetime on Saturday, March 10 at 8pm.

?Stuck in the middle with you ? @alisweeney and @therealcmassey ?? What’d you guys think of this week’s episodes?! ??