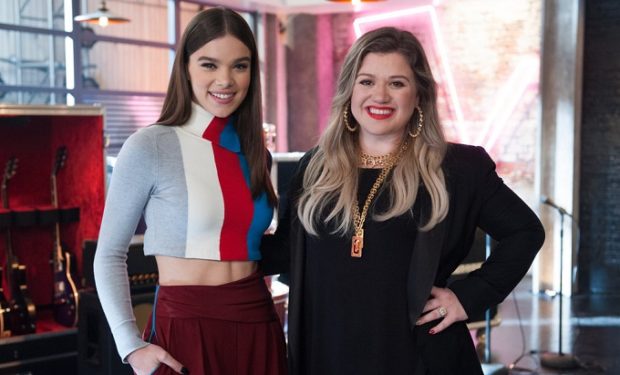 Hailee Steinfeld is one of the four superstar singers working as advisors Season 14 of The Voice. Shawn Mendes is teaming up with Alicia Keys, Trace Adkins is working with Blake Shelton, singer/songwriter Julia Michaels has fun with Adam Levine, and Steinfeld is teaming up with rookie coach Kelly Clarkson. The 21-year-old singer is also an actress. Steinfeld got her big break in 2010, at the age of 13, when she landed the role of Mattie Ross in the Coen Brothers film True Grit with Jeff Bridges, Matt Damon and Josh Brolin. She was nominated for Best Supporting Actress at the 2010 Academy Awards. (The Oscar went to Melissa Leo for The Fighter.)

Steinfeld’s acting days aren’t over. Far from it. She’s starring in the forthcoming Transformers spinoff movie Bumblebee as tomboy teen Charlie. Her co-star is WWE champ Jon Cena. Bumblebee will be in theaters in December 2018, when Steinfeld turns 22! The Voice airs Mondays and Tuesdays at 8pm on NBC.

“She’s a bit of a tomboy. [She has a] sort of edge [and a] respect for herself that I was really drawn to, It’s the sort of complexity that a real teenager has.” – Hailee about her character in Bumblebee pic.twitter.com/ndVmSh2Izr