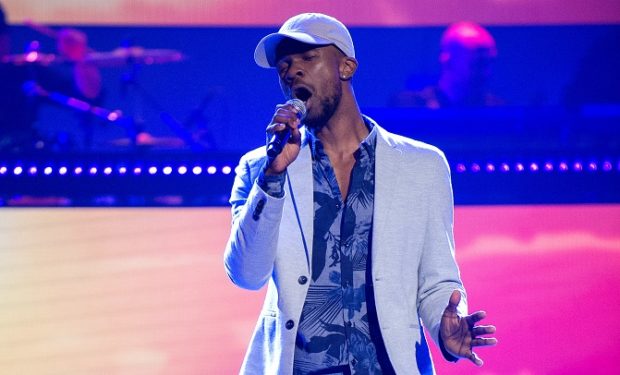 George Lovett on Showtime at the Apollo, image: FOX

All of the acts appearing on Showtime at the Apollo are talented and have experience. But there’s one who might have more than the others. R&B singer George Lovett will perform on the show for the season premiere on March 1. He’s been on the legendary Apollo stage in Harlem before — and he’s been on another televised talent competition in the past. Lovett competed on Season 13 of American Idol. Idol judge Jennifer Lopez told George she was “worried about you in the beginning” but he made it to the Top 15. (Caleb Johnson won that year, 2014.)

Check out George’s “package” on American Idol below, in which he says, “I feel like God placed a voice in me and I feel like it’s just my duty to present it to the world.” If he didn’t “I would just be betraying everything I believe in.” Showtime at the Apollo airs Thursdays at 9pm on FOX, right after Gotham.