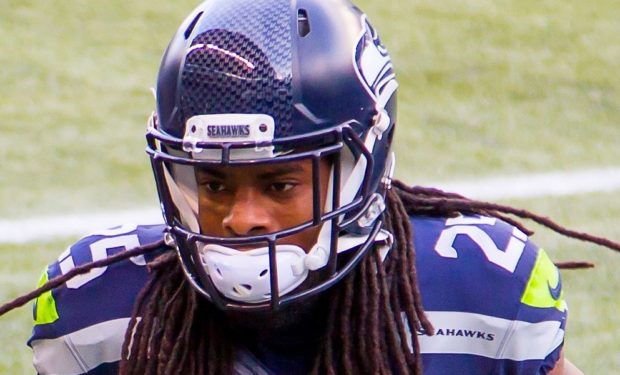 “Damn 25 was my dawg,” tweeted Seattle Seahawk Jeremy Lane, a comment that many interpreted as a sort of eulogy for Richard Sherman (#25) as a Seahawks cornerback.

If it’s true (or not), Sherman will be a sought-after interview in Las Vegas this weekend at the NFL Players Association meetings. But Sherman is not a free agent. He has a year left on a lucrative 4-year $56 million deal, so he’d need to be traded to practice his ferocious art elsewhere. New England, Philadelphia and Dallas seem to be leading contenders in the rumor mill. Sherman going to the Eagles, just after Philadelphia’s first-ever Super Bowl victory sounds a little like Kevin Durant heading to the Golden State Warriors when they were already the best team in the NBA. The difference is Durant was a free agent and Sherman is under contract. A better analogy may also be one from the NBA: Kyrie Irving leaving perennial contender Cleveland this summer to join the Boston Celtics a year after the Celtics won the Eastern Conference regular season title. In fact, Sherman’s potential heading to New England has a similar feel, since the Patriots are the Golden State Warriors of the NFL.