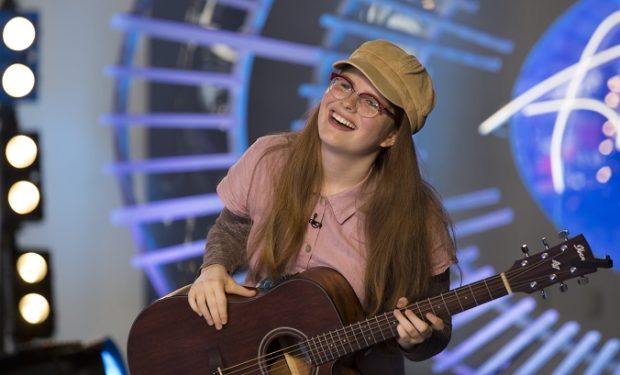 For Season 16 of American Idol, TV host Ryan Seacrest returns but judges Harry Connick, Jr., Keith Urban, and Jennifer Lopez have been replaced by an equally stellar panel: Lionel Richie, Katy Perry, and Luke Bryan. During the two-hour premiere (Sunday, March 11), the personalities of the judges will be revealed as they react to more than a dozen young aspiring singers auditioning. One of the most memorable auditions is delivered by Catie Turner. The fun-loving 18-year-old from Langhorne, Pennsylvania was voted “Most Likely to Say the Wrong Thing at the Wrong Time.”

Catie Turner told her local ABC station that auditioning for American Idol is “much better than staying at home and doing algebra.” The enthusiastic young woman has her eye and heart set on wowing Katy Perry. “Her approval means everything to me,” says Catie. While she reveals that Perry “is the most feisty,” that doesn’t stop young Catie from getting a hug from Katy after her audition. American Idol airs Sundays at 8pm on ABC.

Sneak peek for the premiere episode of American Idol in FIVE DAYS! Katy Perry is looking so good in this video!