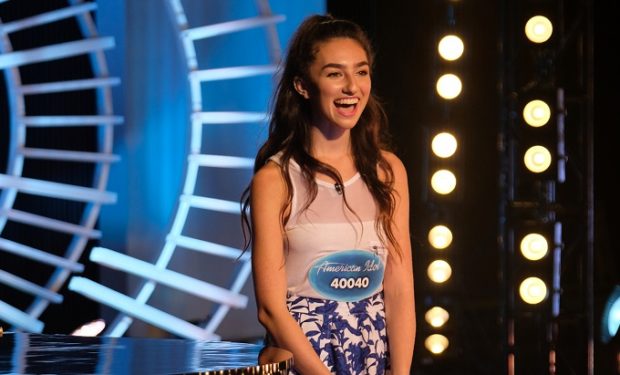 One of the young talented singers competing on American Idol is Genavieve Linkowski. The teen from Goodrich, Michigan, just outside of Flint, also knows how to play the piano. Less than a year ago, Genavieve went with her mom shopping at a thrift store. While her mom was doing her thing, Genavieve found a donated piano in the back of the store. While wearing flip flops, she played the piano and belted out the Little Big Town song “Better Man.” Around the 52-second mark, she turns to see who’s behind her and looks genuinely surprised to see a small crowd.

A customer named Connie White Hanson caught Genavieve’s spectacular performance on tape (see below). Watch for Genavieve on American Idol — she likes to cover Adele, Andra Day and Sia, to name just a few. You can watch her sing on her YouTube channel where she already has 16,000 subscribers! American Idol airs Sundays and Mondays at 8pm on ABC.