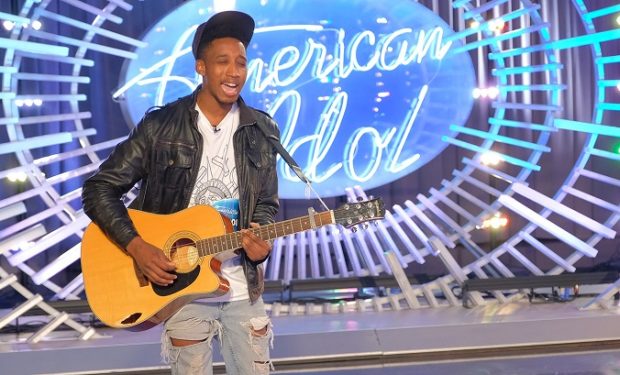 One of the great things about the TV talent show American Idol is the diversity of talent it attracts. And Season 16 is no exception. On the first night of auditions (March 11), the new panel of judges — 5x Grammy Award winner Lionel Richie, Katy Perry, and Luke Bryan, get to watch and listen as a variety of singers from around the world perform. And they get to hear their stories, too. One of the most memorable performances and stories is provided by Dennis Lorenzo from Philadelphia, Pennsylvania.

After his performance, Luke Bryan tells Dennis, “Your deal is why I signed up for this.” Dennis is going after the American Dream. “It’s what this show is all about,” says Bryan. For his audition, Dennis sings and plays his acoustic guitar, which has a pretty big hole in it. Luke says “You just took a guitar with a hole in it, and you made that thing — with just three chords — have all the soul it needs.” American Idol airs Sundays at 8pm on ABC.