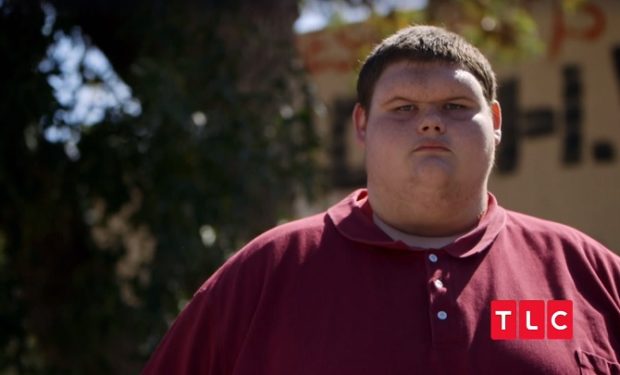 The 685-lb Teen: Supersized TV special on TLC shines the light on teenager Justin Williamson. The sweet young man from Amarillo, Texas was known as “the most overweight teenager in the U.S.” He has been working diligently to live a healthy life and to share his gift of song. Check out the video below of Justin singing “Ain’t No Mountain High Enough” at River Road High School.

After losing the weight and filming the TLC special, Justin reported in September 2017 that he started a new job at St. Thomas the Apostle Catholic Church in Billings, Montana. He also posted a photo of himself wearing an earring (see below). The 685-lb. Teen: Supersized airs Thursday, March 1 at 10pm on TLC.