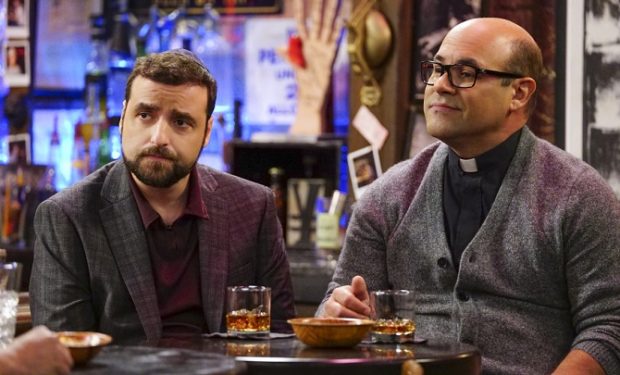 The protagonist of the new CBS comedy Living Biblically is newspaper film critic Chip Curry (Jay R. Ferguson, The Real O’Neals). After Chip’s best friend dies, he decides to try to become a better person and thinks the best way to do that is to live according to the rules of the Bible. But reading the Bible isn’t easy. He recruits Father Gene (Ian Gomez) and his best friend Rabbi Gil (David Krumholtz, Numb3rs) to help him translate the messages and apply them to the modern world.