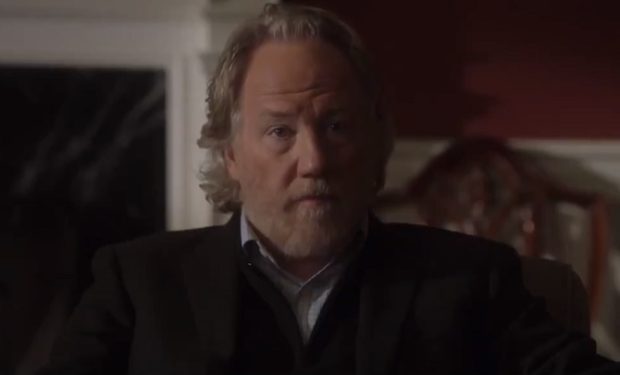 In the Designated Survivor episode “Grief,” ten weeks have passed since First Lady Alex (Natascha McElhone) was killed in a car accident. At the bequest of his senior staff, President Kirkman (Kiefer Sutherland) reluctantly sees therapist Dr. Adam Louden to help him deal with his grief. The doctor asks a lot of hard questions like “Who do you blame for Alex’s death?” Meanwhile, the country is in crisis.

[Check out Busfield in Field of Dreams]

Dr. Louden is portrayed by Designated Survivor director Timothy Busfield. As an actor Busfield is known for his roles on Secrets and Lies (John Garner), Sleepy Hollow (Benjamin Franklin), The West Wing (Danny Concannon), Thirtysomething (Elliot Weston, for which he won an Emmy), and Trapper John, M.D. (Dr. McIntyre), among others. Fun fact about Busfield: He made his acting debut in the 1981 film Stripes as a soldier with mortar. Designated Survivor airs Wednesdays at 10pm on ABC, right after American Housewife.