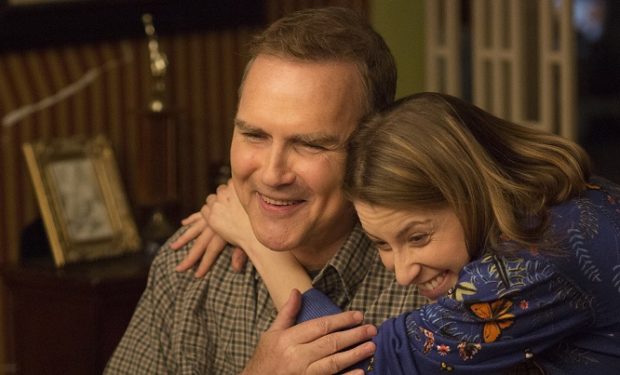 [Check out MacDonald on SNL]

Uncle Rusty is portrayed by Norm MacDonald. The Canadian-born comedian is known for his roles on The Orville (the voice of Yaphit), Norm (Norm Henderson), Saturday Night Live from 1993 to 2009, and in the Adam Sandler films Billy Madison (Frank), Grown Ups (Geezer), and The Ridiculous 6 (Nugget customer), among others. Like other SNL cast members, MacDonald was also featured in KFC Colonel Sanders TV commercials. Prior to SNL, MacDonald was a writer on The Dennis Miller Show and Roseanne. MacDonald is also the host of a talk show where he has comedians like Jerry Seinfeld (see below) talk about stuff. The Middle airs Tuesdays at 8pm on ABC.