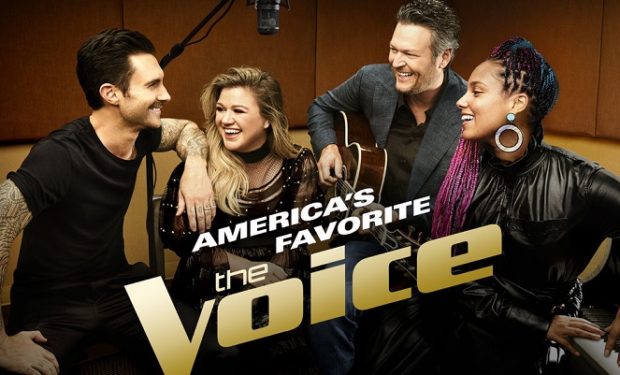 Caitlyn Boyd of Evansville, Indiana is one of the many talented singers auditioning on The Voice, Season 14. When she was called back by the show’s producers to audition in Houston, Caitlyn sang a short version of “Hallelujah.” She told her local newspaper, the Courier & Press, that she’s known the song since she was a little girl. “When I was going to church with my dad they used to sing it all the time,” she said. The news of Caitlyn’s journey on The Voice made the front page (see below).

Caitlyn also writes her own music. Check out the video below. The Voice Season 14 Blind Auditions will begin on February 26. The Voice airs Mondays and Tuesdays at 8pm on NBC.