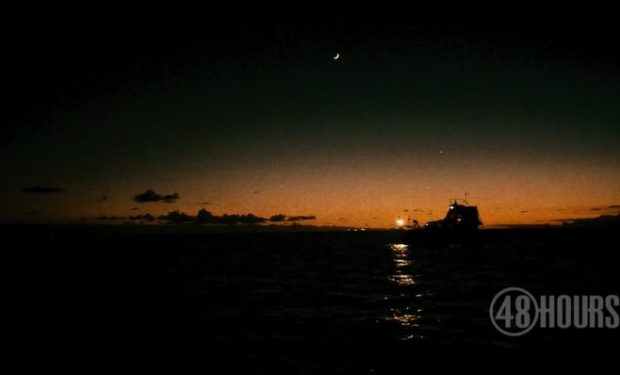 Investigators of the Los Angeles County Sheriff’s Department tell the CBS TV show 48 Hours that actor Robert Wagner, 87, is now “a person of interest” in the 1981 death of his former wife, Hollywood star Natalie Wood (Rebel Without a Cause, West Side Story). Wood drowned off the coast of Catalina in California while on a boating excursion. Also aboard the boat at the time were the captain, Wagner, and actor Christopher Walken. Wood was found floating in the water the next day. Her death was originally ruled as an accident. In 2011, the L.A. County Sheriff’s Department reopened its investigation after the captain of the boat, Dennis Davern, said he lied to police and that a fight between Wood and Wagner had led to her drowning. He is interviewed on 48 Hours, too (see clip below).

Interviews with the L.A. County Sheriff investigators will be broadcast on the 48 Hours episode “Natalie Wood: Death in Dark Water” which will air Saturday, February 3 at 10pm ET. Prior to the show, Wagner’s friend, NCIS star Pauley Perrette, appeared to show her support for Wagner by posting the photo below. The timing of Perrette’s post is significant; it comes on the heels of Wagner’s designation as a “person of interest.” Wagner and Perrette were on NCIS together: Wagner played father of DiNizzo, Michael Weatherly’s character.