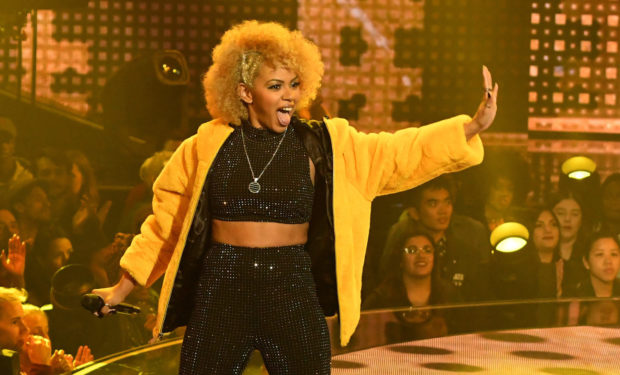 The series premiere of FOX’s talent competition The Four: Battle For Stardom starts with four singers. There are no strange, sometimes uncomfortable auditions to watch (ahem, American Idol) or weird acts to endure (here’s looking at you, America’s Got Talent). All four singers are primed and ready (and evidently able) to become stars — right now. The four panelists on the show DJ Khaled, Sean “Diddy” Combs, Meghan Trainor, and music exec Charlie Walk are ready to take the winner of the show to the next level. (Fergie luminously hosts.)

One of the four singers is Alexis Boyd aka Lex Lu. She started her career in the music industry as a backup dancer (watch her dance reel below). The first big star she worked with was Missy Elliott. She went on to be a backup dancer for Kanye, Jay-Z, and Snoop. She toured with Nicki Minaj, too. But Lex Lu has left the dance world behind to make her own music. There’s no denying her star power on stage. As Diddy says, “She’s a great performer.” Lex Lu is also a songwriter. In October she promoted her songwriting and production talents on Facebook, and offered to be the muse to up-and-coming songwriters who are trying to make a living off music. “Cuz I’m making a killin,” she writes below.  The Four airs Thursdays at 8pm on FOX.