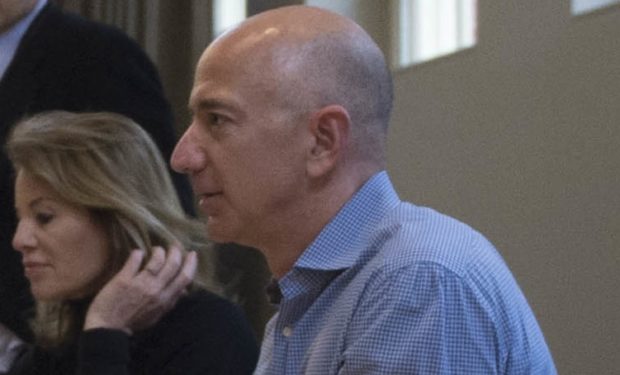 MacKenzie Bezos — she of the familiar surname — is an accomplished author. Bezos attended Princeton University where she worked as a research associate for Nobel Laureate Toni Morrison. (That’s the writerly equivalent of clerking for a Supreme Court justice.) Bezos published the compelling novel The Testing of Luther Albright (“an impressive, quietly powerful debut”) in 2009. Like many authors, Bezos has lived some lives and looked around. Her Amazon author’s profile lists a variety of the jobs she’s held (but not all of them!): “dishwasher, waitress, clothing salesperson, deli cashier, restaurant hostess, library monitor, data entry clerk, tutor, nanny.” Four years after Luther Albright, Bezos published a second novel called Traps. Though Bezos’s work is distinguished, scores of authors have similar credentials, many of whom are told by their publishers that they must work to build an author platform to help them sell their literary output in our “influencer” economy. Yet MacKenzie Bezos isn’t even trying to promote her work! Just the opposite.

Indeed, the Amazon author profile for MacKenzie Bezos never mentions the compelling personal detail that might capture the world’s attention — a detail any editor or publicist would lose their mind over failing to include. The MacKenzie Bezos Amazon author profile, in fact, reads demurely. Sure, it mentions the award she won and communicates the fact that she did it all while nurturing four children with her husband — but that’s all it reveals. Here’s the last paragraph, verbatim:

“Bezos is the recipient of an American Book Award for her first novel, The Testing of Luther Albright. She lives in Seattle with her husband and four children.”

Now here’s a version of author MacKenzie Bezos’s profile with (in bold) a slight emendation, offered in the spirit of giving a fuller picture of the author:

“Bezos is the recipient of an American Book Award for her first novel, The Testing of Luther Albright. She lives in Seattle with her husband, the richest person in the history of the world, and their four children.”

That husband, of course, is Jeff Bezos, founder of Amazon where MacKenzie was among the first employees. If they were giving out awards for most understated author profile on Amazon, MacKenzie Bezos would surely win.