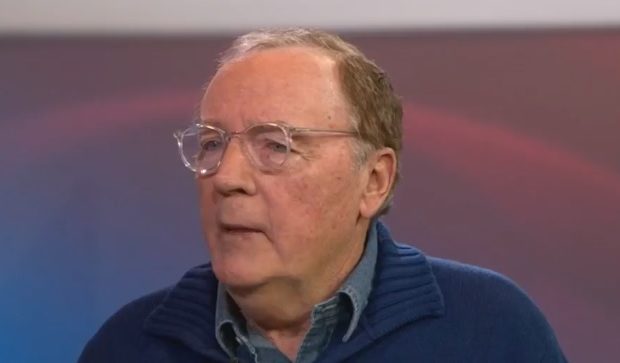 Crime author James Patterson has become a special correspondent for CBS’s 48 Hours. His episode “An All-American Murder” investigates the life and death of former New England Patriots star Aaron Hernandez. Hernandez, who had it all including a $40 million contract with the Patriots, was found guilty in 2015 of first-degree murder and then took his own life in prison in April 2017. Prior to the 48 Hours episode airing, Patterson was interviewed on CBS News (video below). Chronic Traumatic Encephalopathy (CTE) has been cited as a cause for Hernandez’s behavior. CTE is a part of Patterson’s story.

[James Patterson’s All-American Murder: The Rise and Fall of Aaron Hernandez, the Superstar Whose Life Ended on Murderers’ Row]

However, as Patterson tells CBS News, “I hate it when people oversimplify.” He says Hernandez clearly had psychopathic tendencies, but most people who have CTE don’t become murderers. “There’s something wrong with this guy, seemingly. And then hit him in the head a thousand times” add a lot of drugs “and you got a nightmare.” Patterson says Hernandez’s story is “the most dramatic, extraordinary and surprising murder story in the last 25 years including O.J. (Simpson).” He explains, “I don’t think O.J. was that complicated.” Patterson’s book, of the same title All-American Murder, will be released on Monday, January 22. 48 Hours airs Saturdays at 10pm on CBS.