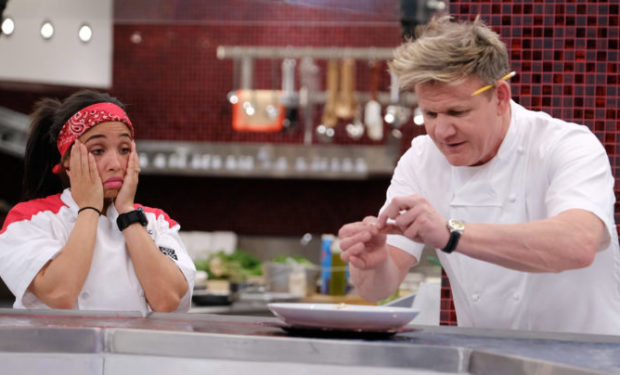 On the Hell’s Kitchen episode “Five Is the New Black,” there are seven All-Star cooks left. Three on the Red Team: Elise, Michelle, and Jennifer. Four on the Blue Team: Nick, Benjamin, Robyn, and fan favorite Milly. On January 12, all seven will compete for the coveted black jacket. But only five will receive them after completing three challenges including “Taste It, Now Make It” where the chefs have to use their senses to recreate a dish.

The #1 topic in the comments of Hell’s Kitchen’s Facebook page is Elise. While a handful of fans admit Elise might be a talented cook they also say “but she’s not a good leader.” That’s important in the kitchen. But the majority of people — at least those who speak up on social media — don’t want Elise to win. And several are threatening to stop watching the show if she does. It’s not unusual for avid fans of TV shows to say they’ll boycott a show if their favorite doesn’t win, but let’s face it, when does that really happen? This is Season 17 of Hell’s Kitchen! People obviously keep coming back for more! Hell’s Kitchen airs Fridays at 8pm on FOX.