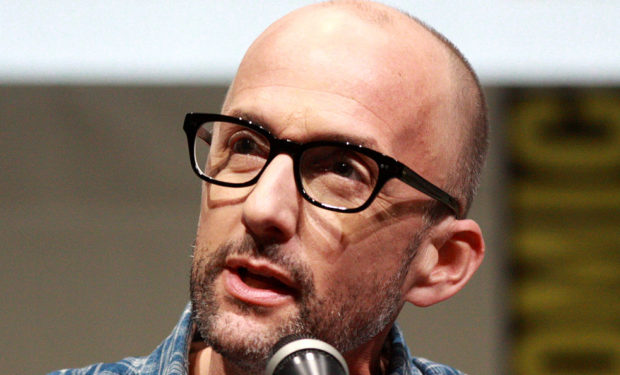 In the Great News episode “Competing Offer,” an eccentric billionaire named Fenton Pelt files a lawsuit against The Breakdown. He says The Breakdown’s story about his company, Smoke Meadow Farms, was inaccurate. The lawsuit specifically names veteran host Chuck (John Michael Higgins) who believes he can solve the problem which has the potential to destroy the network.

[Rash won an Oscar for The Descendants screenplay]

Billionaire Fenton Pelt is portrayed by Jim Rash. A company member of the Groundlings, Rash is known for his roles on Community (Dean Pelton), Reno 911! (Andrew), That ‘70s Show (Fenton), and The Naked Truth (Harris Van Doren), among others. Rash is also a screenwriter. He and his writing partner Nat Faxon (and director Alexander Payne) won an Oscar in 2012 for The Descendants starring George Clooney. Great News airs Thursdays at 9:30pm on NBC, right after Will & Grace, and right before Chicago Fire.