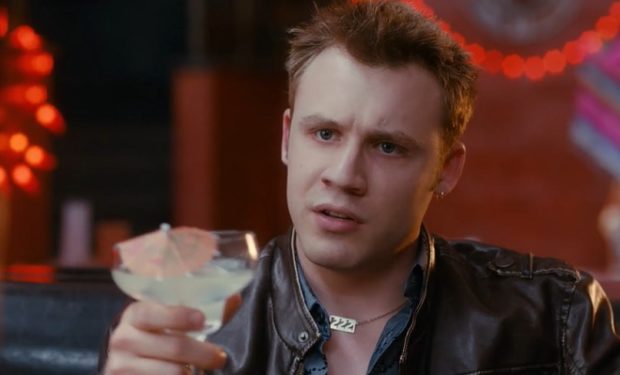 After a long struggle with drug addiction, former child star Corey Haim passed away in March 2010. He was 38. His best friend and fellow former teen idol Corey Feldman didn’t attend Haim’s funeral because as Feldman said, “there was too much press.” Instead, Feldman went to a tattoo shop and got a tattoo in tribute of Haim, who was the godfather of Feldman’s son Zen. The tattoo included the number 222. Haim famously wore a gold necklace with that same number. TMZ interviewed Feldman at the tattoo shop that day. Feldman said the 222 represents Haim. He explained, “On the day of his funeral, I felt that I should mark him on my body forever.” Feldman said Haim had a 222 on his body, as well.

Also on the day of Haim’s funeral, on his blog, Feldman wrote an open letter to Haim which included a reference to the number 222: “Nobody will ever understand the brotherhood we shared. Nobody will ever get the inside jokes we told. Nobody will understand the magic of 22/222.” It’s been said that Feldman’s favorite number was 22, and Haim’s was 222. There is also a theory that the numbers are related to occultism: “The most venerated occult numbers are: 6, 11, 13, and multiples thereof, especially 22, 33, 44, 55, 66, 77 and 26, 39, etc. A triplication of numbers is also considered sacred (possibly even more sacred) to the occultist: 111, 222, 333, etc.” The dramatization of the Feldman and Haim friendship is portrayed in A Tale of Two Coreys which premieres on Lifetime on Saturday, January 6 at 8pm. It will be followed by the Lifetime Original Special: Corey Feldman: Moment of Truth.