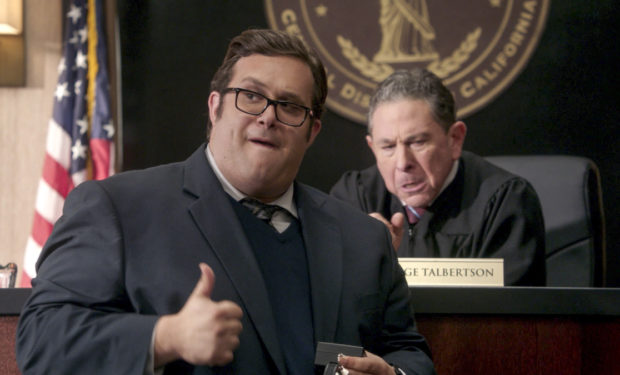 In the Scorpion episode “Who Let the Dog Out (‘Cause Now It’s Stuck in a Cistern),” the team tries to save — you guessed it — a dog stuck in a cistern. It’s a good distraction as they’re all anxiously awaiting the verdict of Agent Cabe’s (Robert Patrick) trial. While Cabe faces Judge Talbertson inside the courtroom, the team offers comic relief when they try to manipulate the municipal building with perfumes and teas. As Paige (Katharine McPhee) tells Cabe, “We just wanted to help. We’re scared.”