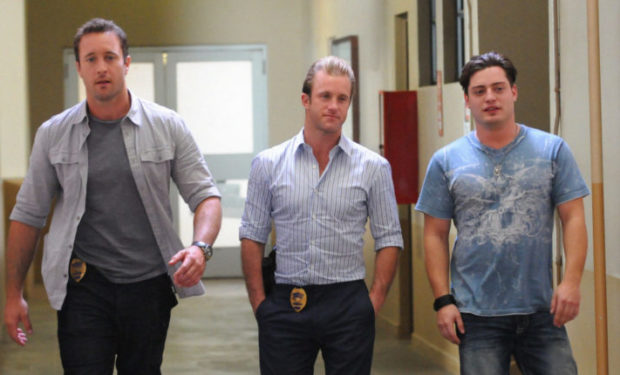 In the Hawaii Five-0 episode ‘I ka wa ma mua, I ka wa ma hope (The Future Is in the Past),’ Danny (Scott Caan) is quarantined in the hospital with McGarrett, Tani (Meaghan Rath) and Junior (Beulah Koale). On the sixth day, they start complaining about the food and about Tani having to share the bathroom with three dudes and McGarrett (Alex O’Loughlin) shaves his head. But they quickly forget those petty complaints when a man barges in and shoots Danny. While unconscious, Danny imagines what life will be like if he pulls through. His nephew Eric Russo, who works at the Honolulu Police Department’s Crime Lab, appears. [Note: You can stream 9000+ episodes and live TV with a CBS All-Access free trial.]

[Andy Lawrence is also a musician]