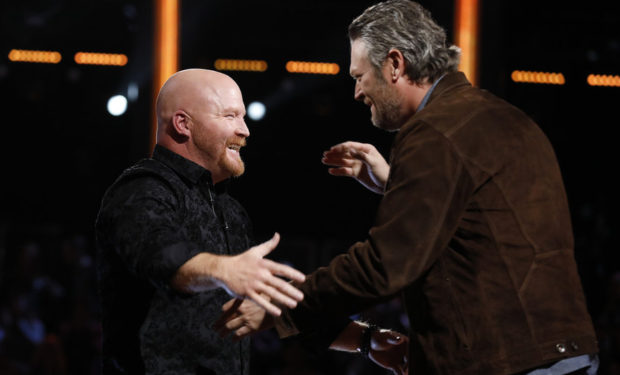 Of the final four artists on Season 13 of The Voice, you can count on country singer Red Marlow to make the audience laugh. He describes himself as being “more country than corn bread” and has a winning smile. So it’s not a stretch for Marlow to sing a funny song with his coach Blake Shelton during the Live Finale. Red and Blake will perform Brad Paisley‘s hit “I’m Gonna Miss Her” aka “The Fishin’ Song.” While the title might sound like a ballad about heartbreak, it’s actually about a man who has been given an ultimatum by his lover. She says if he goes fishing instead of staying at home with her, she’ll leave him. Hence, the title, “I’m Gonna Miss Her.”

Paisley wrote the song while at college, at Belmont University in Nashville. He and fellow student Frank Rogers (who became Paisley’s producer) agreed to write something that will make people laugh.” Paisley performed the song at a student concert, and it did get laughs. Fun fact: Although Paisley was concerned about offending female listeners, his girlfriend at the time actress Kimberly Williams wasn’t offended. Quite the opposite. She starred in the 2002 music video for “I’m Gonna Miss Her” and married him one year later! The Voice airs Mondays and Tuesdays at 8pm on NBC.